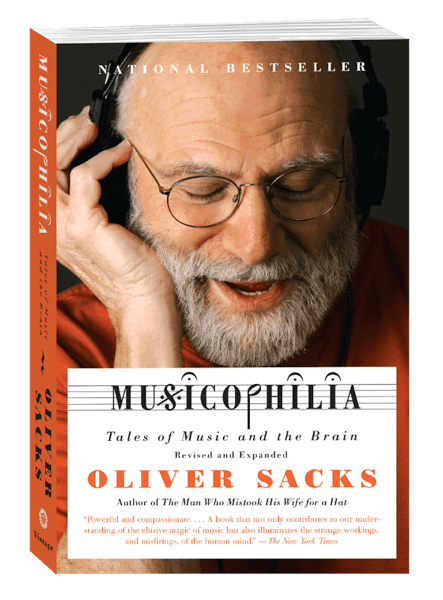 Musicophilia: Tales of Music and the Brain

In this New York Times bestseller—now revised and expanded for the paperback edition—Dr. Sacks investigates the power of music to move us, to heal and to haunt us.

“Musicophilia is a Chopin mazurka recital of a book, fast, inventive and weirdly beautiful.”

Tales of Music and the Brain

“Anatomists today would be hard put to identify the brain of a visual artist, a writer or a mathematician – but they would recognize the brain of a professional musician without moment’s hesitation.” — Oliver Sacks

Music can move us to the heights or depths of emotion. It can persuade us to buy something, or remind us of our first date. It can lift us out of depression when nothing else can. It can get us dancing to its beat. But the power of music goes much, much further. Indeed, music occupies more areas of our brain than language does–humans are a musical species.

Oliver Sacks’s compassionate, compelling tales of people struggling to adapt to different neurological conditions have fundamentally changed the way we think of our own brains, and of the human experience. In Musicophilia, he examines the powers of music through the individual experiences of patients, musicians, and everyday people–from a man who is struck by lightning and suddenly inspired to become a pianist at the age of forty-two, to an entire group of children with Williams syndrome who are hypermusical from birth; from people with “amusia,” to whom a symphony sounds like the clattering of pots and pans, to a man whose memory spans only seven seconds–for everything but music.

Our exquisite sensitivity to music can sometimes go wrong: Sacks explores how catchy tunes can subject us to hours of mental replay, and how a surprising number of people acquire nonstop musical hallucinations that assault them night and day. Yet far more frequently, music goes right: Sacks describes how music can animate people with Parkinson’s disease who cannot otherwise move, give words to stroke patients who cannot otherwise speak, and calm and organize people whose memories are ravaged by Alzheimer’s or amnesia.

Music is irresistible, haunting, and unforgettable, and in Musicophilia, Oliver Sacks tells us why. 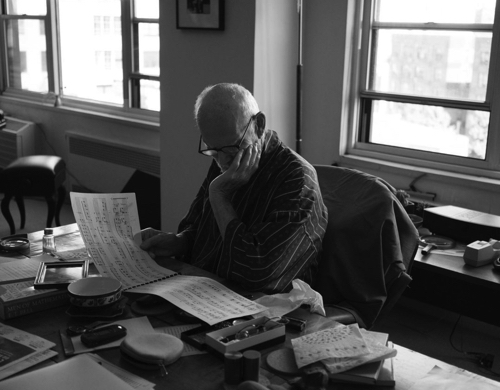 When Musicophilia was published, Wired Magazine asked Oliver Sacks for a list of his favorite recordings. Add some musical accompaniment to your reading of the book with this special playlist, recreated to include music by some of his favorite composers.

“Dr. Sacks writes not just as a doctor and a scientist but also as a humanist with a philosophical and literary bent. . . [his] book not only contributes to our understanding of the elusive magic of music but also illuminates the strange workings, and misfirings, of the human mind.” —Michiko Kakutani, The New York Times

“Oliver Sacks turns his formidable attention to music and the brain . . . He doesn’t stint on the science . . . but the underlying authority of Musicophilia lies in the warmth and easy command of the author’s voice.” —Mark Coleman, Los Angeles Times

“His work is luminous, original, and indispensable . . . Musicophilia is a Chopin mazurka recital of a book, fast, inventive and weirdly beautiful . . . Yet what is most awe-inspiring is his observational empathy.” —The American Scholar

“[Sacks] weaves neuroscience through a fascinating personal story, allowing us to think about brain functions and music in a bracing new light . . . Human context is what makes good journalism, medical and otherwise. That’s the art of Sacks’ best essays.” —Kevin Berger, Salon

“[Sacks’s] lifelong love for music infuses the writing . . . Musicophilia shows music can be more powerful (even dangerous) than most of us realize, and that defining it may be crucial to defining who we are.” —Andrew Druckenbrod, Pittsburgh Post-Gazette

“Sacks is adept at turning neurological narratives into humanly affecting stories, by showing how precariously our worlds are poised on a little biochemistry.” —Anthony Gottlieb, The New York Times Book Review

Musical Minds is a one-hour NOVA documentary on music therapy, produced by Ryan Murdock. Originally broadcast June, 23 2009 on PBS stations. Based on the 2008 BBC documentary by Alan Yentob and Louise Lockwood. This version has additional footage, including fMRI images of Dr. Sacks’s brain as he listens to music.

Oliver Sacks: Tales of Music and the Brain is a one-hour BBC One documentary on music therapy as part of Alan Yentob’s “Imagine” series. Produced by Louise Lockwood and originally broadcast June 3, 2008. Dr. Sacks’s weaves together stories of his patients and of his own mind-altering experiences with hallucinogenics to show how hallucinations have influenced every culture’s folklore and art.