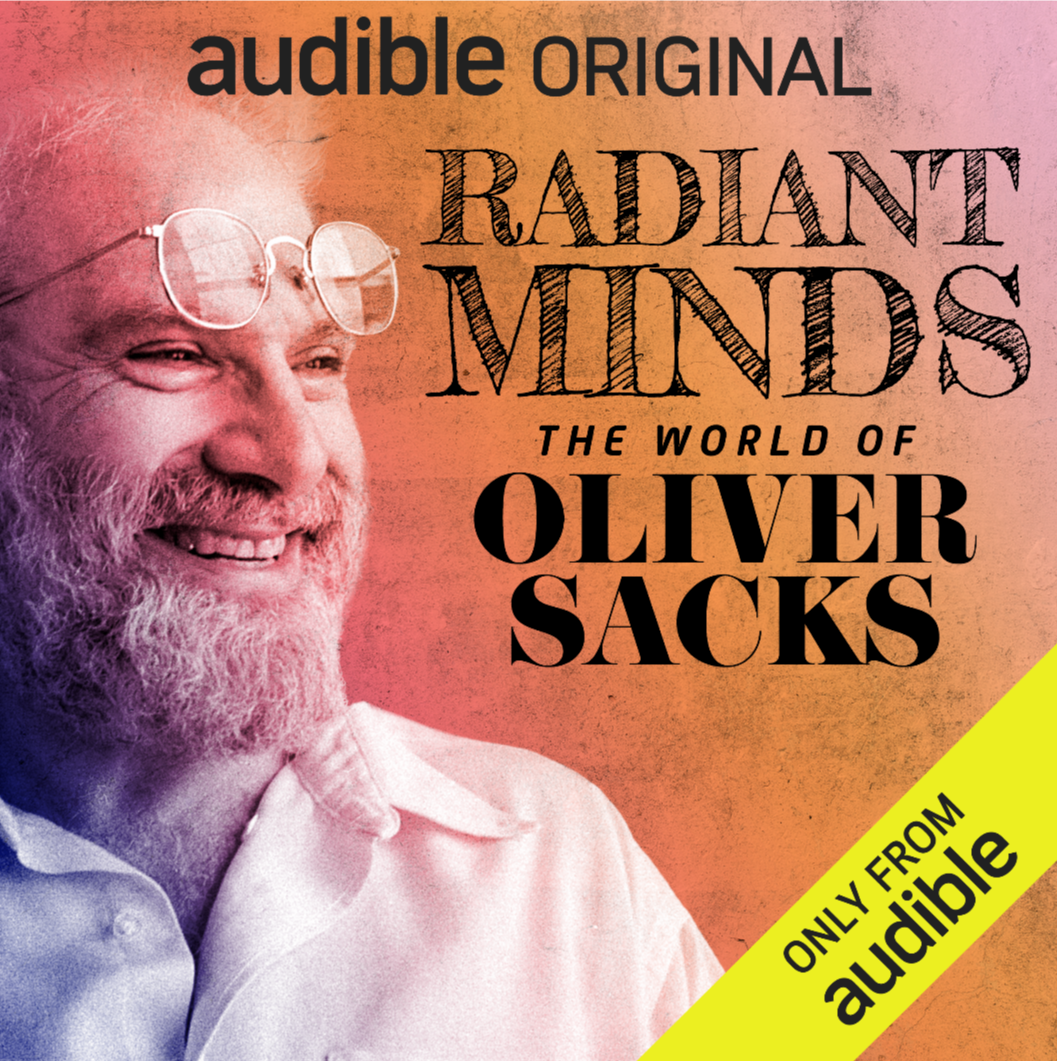 There was something unique and special about Oliver Sacks’ voice, literally as well as literarily. Those of you who were lucky enough to attend one of his talks, see him on video, or listen to him on the radio know what we are talking about.

If you miss that wonderful voice, its curiosity and compassion, you will want to tune in to the new Oliver Sacks podcast that launches today from Audible.

Radiant Minds: The World of Oliver Sacks includes rare and never-before-published archival tape of Oliver speaking—his audio diaries and his thoughts on various conditions. Each episode of the series centers on a condition that sparked his interest. You will hear from some of the people he wrote about, friends and colleagues who knew him intimately, and scientists doing research in neurology today.

Our host, Indre Viskontas, a neuroscientist and musician, developed a unique relationship with Oliver that started back when she wrote to him as a seventeen-year-old. She was surprised when he replied… but you’ll hear all about that in the pilot episode. And in later episodes, you’ll hear from Tony Cicoria, the man struck by lightning from Musicophilia, and from Witty Ticcy Ray, whom Oliver wrote about in The Man Who Mistook His Wife for a Hat. We’ll explore the brain’s wondrous ways of adapting to new challenges; and find out why diversity and individuality are ingrained into our very beings.

We’ll speak with neurologists and neuroscientists about memory, creativity, and recovering from trauma. And we will hear from an array of Oliver’s friends and colleagues: from Josh Groban and Renee Fleming to Bill T. Jones and Ed Catmull; from astronauts to music therapists.