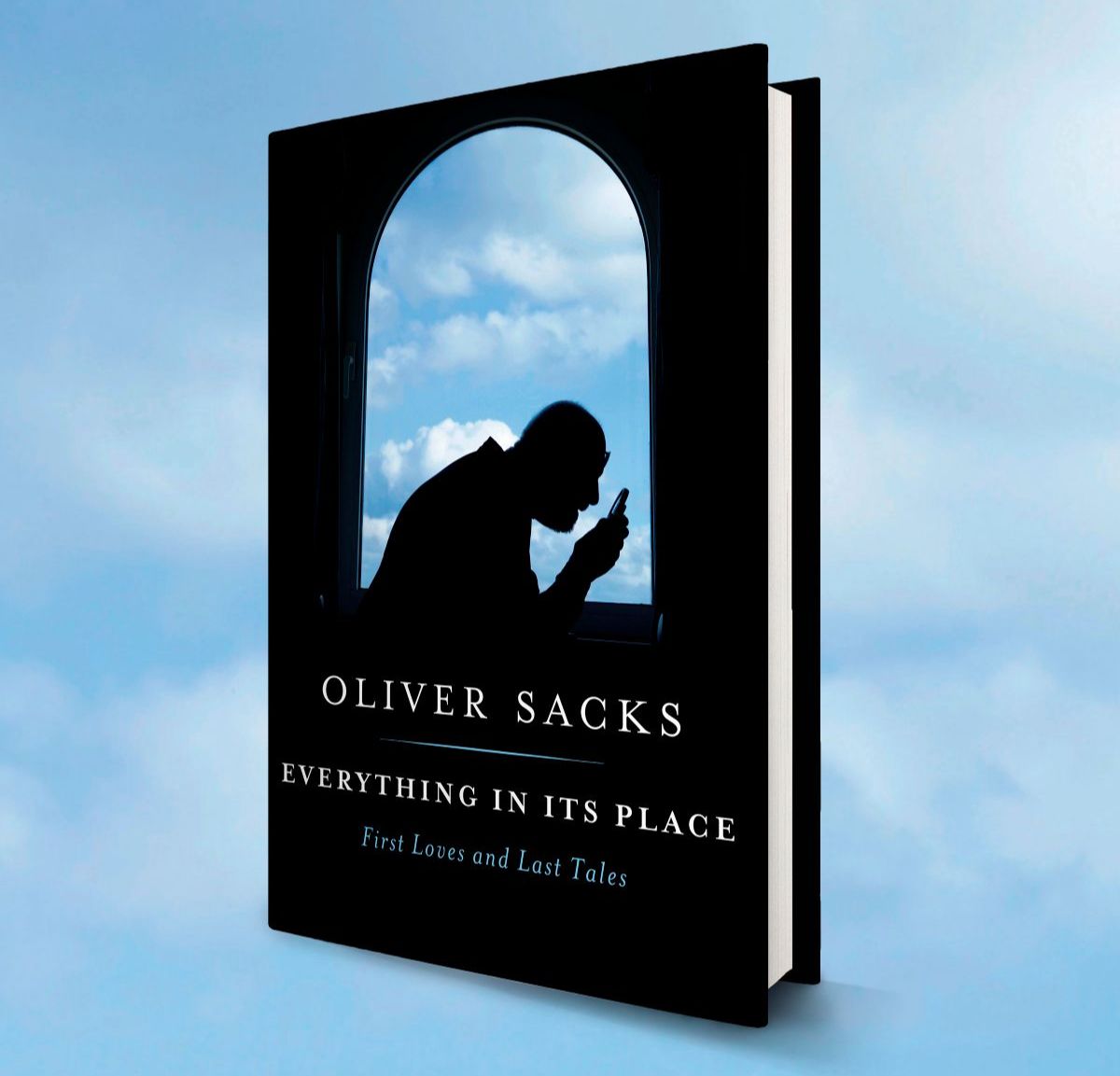 Everything in Its Place, the final collection of essays by Oliver Sacks, will be available on April 23, 2019.

Publishers Weekly calls it “a treat for the chronically curious.”

They write: “In this lovely collection of previously unpublished essays, the late, celebrated author and neurologist Oliver Sacks muses on his career, his youth, the mental health field, and much more. . . .”

“Sacks’s gentle, ruminative voice is a salve when investigating difficult subject matter, but there are plenty of lighter moments as well. . . . Piercingly insightful and delightfully strange, Sacks’ final collection is a treat for the chronically curious.” 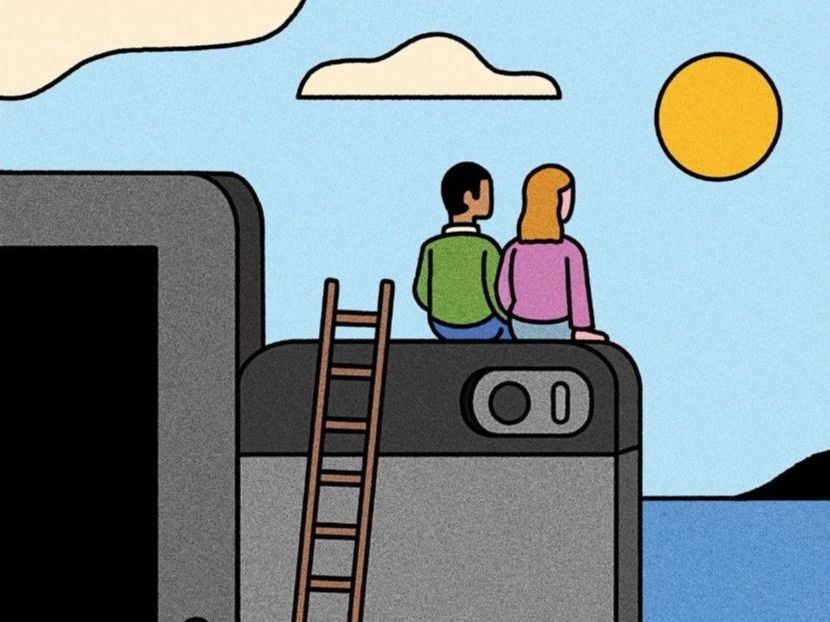 An early excerpt from the book, in which Dr. Sacks writes about the neurological effects of our digital devices, appears in The New Yorker’s February 11, 2019 issue. Another excerpt, about Alzheimer’s and identity, will be in the New Yorker’s March 4 issue (available February 25). 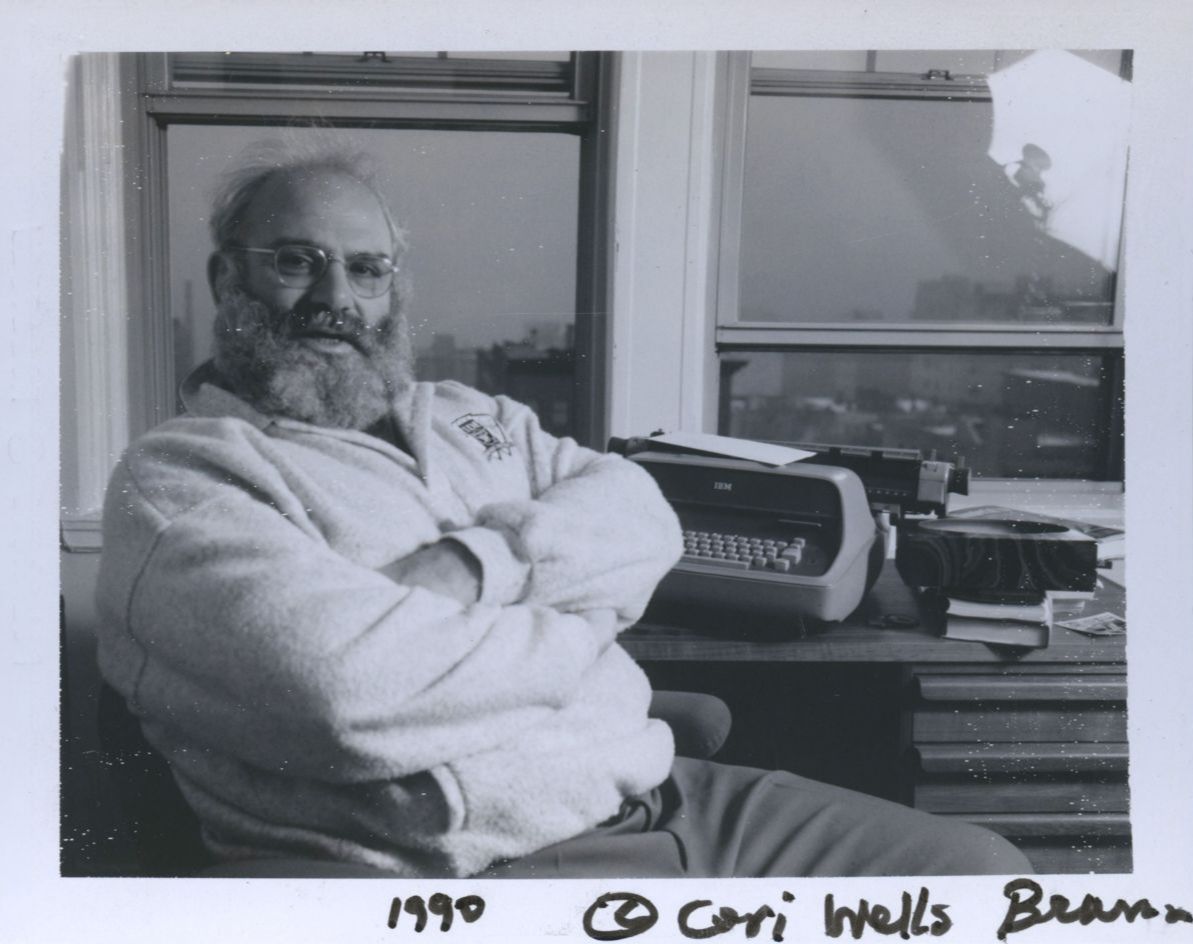 We’ve been finding lots of intriguing journals, photos, and letters in Dr. Sacks’s huge archive, and we will be sharing some of these with you on our social media, including our new Instagram account. Follow us for updates on new projects, photos from the archive, and more. 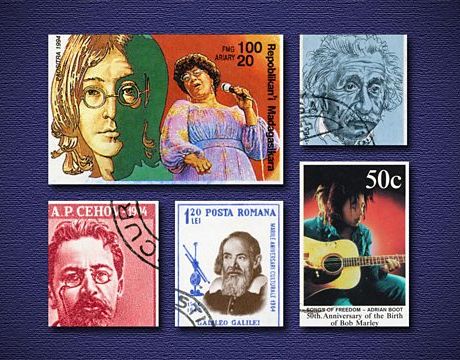 Dr. Sacks was recently the subject of a BBC Great Lives program. Hear his partner, Bill Hayes, and neurologist Suzanne O’Sullivan sharing stories of his life and work.

The Oliver Sacks Foundation is dedicated to honoring and continuing the legacy of Dr. Oliver Sacks and reducing the stigma of mental and neurological illness. We thank you for your support.

Best wishes from The Sacks Team!

We are proud to announce a final collection of essays–many never before published, coming your way on April 23, 2019! Everything in Its Place: First Loves and Last Tales, showcases Dr. Sacks’s broad range of interests, from his passion for ferns, swimming, and ginkgoes, to his final case histories exploring schizophrenia, dementia, and Alzheimer’s. You can pre-order a copy now from your favorite bookseller.

And The River of Consciousness is now available in paperback, with a gorgeous new cover.

“Charming and informative….What really unifies “The River of Consciousness” is the unique combination of intellectual rigor and childlike amazement, of bookishness and warmth, which characterizes all of Sacks’s writing. Which other writer who employs footnotes so liberally also so often inspires laughter and tears?” —The Boston Globe

Oliver loved to celebrate his birthday, July 9. He would start the day with a swim, and then we would round up the usual suspects and throw a party with lots of smoked fish and bagels.

He often thought of numbers as their corresponding chemical elements (see “My Periodic Table,” in his book Gratitude), and in the photo here, he celebrates his 80th birthday by wearing a mercury t-shirt.

Today Oliver would have been … ASTATINE (85)!

We don’t know what astatine would look like: it’s highly radioactive, and its half-life is so brief it’s impossible to get a pure sample of this evanescent  element.

Speaking of time vanishing, please check out the links below to find out more about The Animated Mind of Oliver Sacks. Let’s show Oliver some love today and make this film a reality!

Oliver Sacks’s animated mind is becoming an animated film, and we hope you will be a part of it!

Dempsey Rice, the filmmaker who brought us so many fascinating interviews with Dr. Sacks over the last decade of his life (see some on our YouTube channel), is creating a gorgeous, fun, inspiring feature-length film that delves into his life and mind. We have been lucky enough to see a preview of her project and have fallen in love with it.

Go to Dempsey’s Kickstarter page for a preview and to check out the cool OS swag there—think private screenings, cephalopod love, Sacks tote bags, autographed books, and the coffee mug you must have.

This campaign will last only a month, and early contributions are vital.

We can’t wait to see Dempsey’s film! Thank you for helping to make it a reality. 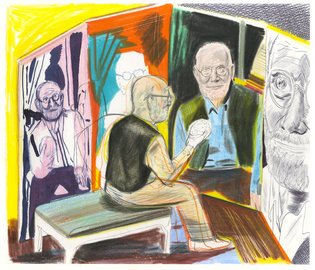 How we wish Dr. Sacks were still alive to see the glorious reviews for his new book, The River of Consciousness. In this week’s New York Times Book Review, Nicole Krauss writes:

“In his more than 45 years of writing books . . . Sacks taught us much about how we think, remember, and perceive, about how we shape our sense of the world and ourselves. His case studies of those with neurological disorders were works of literature even while they broke scientific ground. . . . The River of Consciousness, a collection of essays he worked on until his death, contains reflections on the evolution of life and the evolution of ideas, on the workings of memory, the process of consciousness, and the nature of creativity, alongside examinations of his own mishearings and misrememberings and his experience of illness.”

Everything he wrote, she continues, was infused with a “combination of wonder, passion and gratitude [that] never seemed to flag in Sacks’s life. . . . But it was his openness to new ideas and experiences, and his vision of change as the most human of biological processes, that synthesized all of his work.” 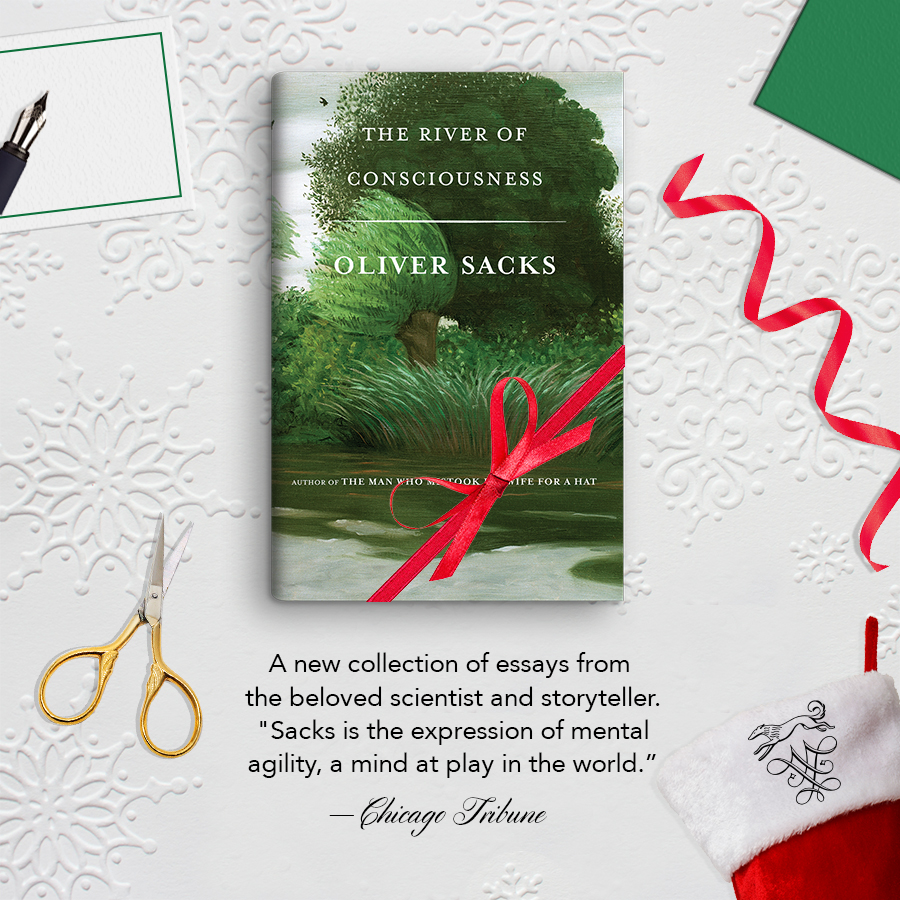 We send you warmest wishes for the holidays, and hope that, in the spirit of gratitude and change, you will consider giving to your favorite nonprofit organizations. Some of Dr. Sacks’s favorites were the New York Botanical Garden, Conservation International, Doctors Without Borders, Fountain House, CooperRiis, the National Aphasia Association, and the Tourette Syndrome Association. Should you wish to directly support the work of the Oliver Sacks Foundation, your contribution will help us further the cause of narrative and humanist medicine.

The River of Consciousness is available in e-book, audio, and hardcover formats. Translations so far are available in Germany, the Netherlands, Brasil, and Portugal, with many other languages coming soon!

We are grateful for your support. 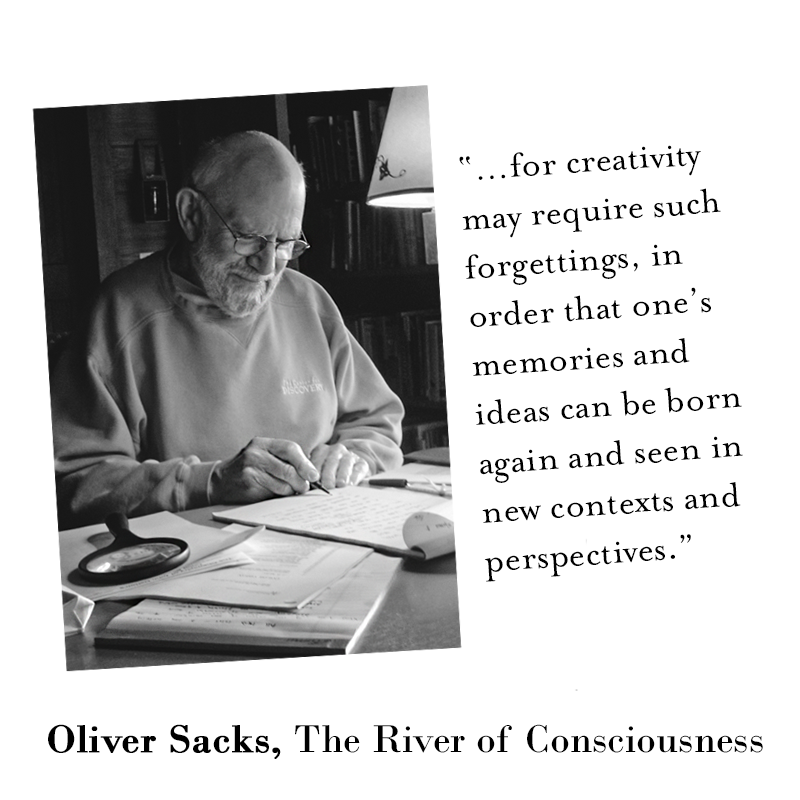 Two weeks before his death in August 2015, Oliver Sacks outlined the contents of The River of Consciousness, the last book he would oversee in detail, and charged three of us—Kate Edgar, Billy Hayes, and Dan Frank (his longtime editor at Knopf)—with arranging its publication.

Though Sacks is best known for the depth of his compassion and ability to address ideas in medicine and neuroscience, he could move fluidly among the issues and ideas of most arts and sciences. That wide-ranging expertise and passion informs this book, in which he ponders the nature not only of human experience but of all life (including botanical life).

In The River of Consciousness, Sacks calls upon his great scientific and creative heroes—above all, Darwin, Freud, and William James. Like Darwin, Sacks was an acute observer and delighted in collecting examples, many of which came from his massive correspondence with patients, colleagues, and you, his readers. Like Freud, he was drawn to understand human behavior at its most enigmatic. And as with James, even when Sacks explores subjects as theoretical as time, memory, and creativity, his attention remains on the specificity of experience.

The River of Consciousness will be published in the UK on October 19 and in the US on October 24, (in hardcover, e-book, and audio editions). Order your copy now, or pay a visit to your local bookstore to reserve a copy!

Also we are pleased to announce two very special live events celebrating the life and work of Oliver Sacks:

Books will be on sale at both events.  We hope to see you there! 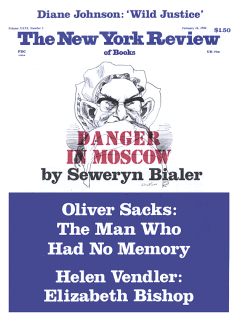 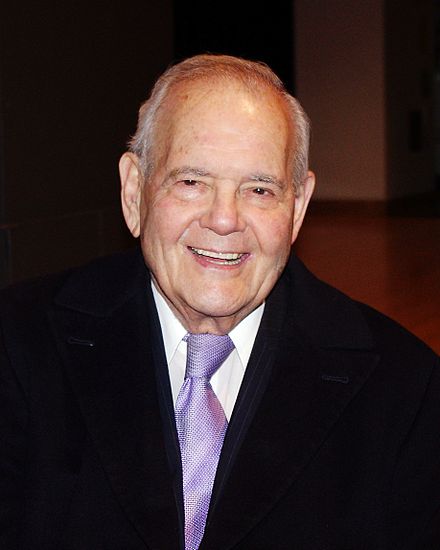 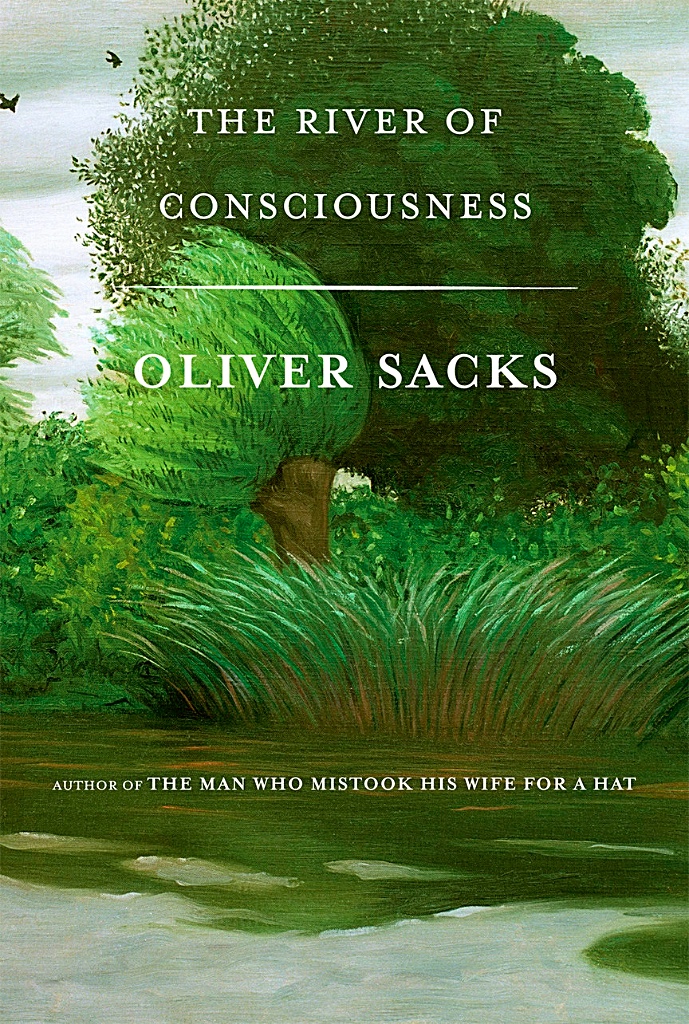 We at the Sacks office are thrilled to share with you some advance praise for Bill Hayes’s gorgeous memoir of his life with Oliver Sacks, Insomniac City, whose official publication date is Valentine’s Day, February 14, 2017. The book is available for pre-order now. 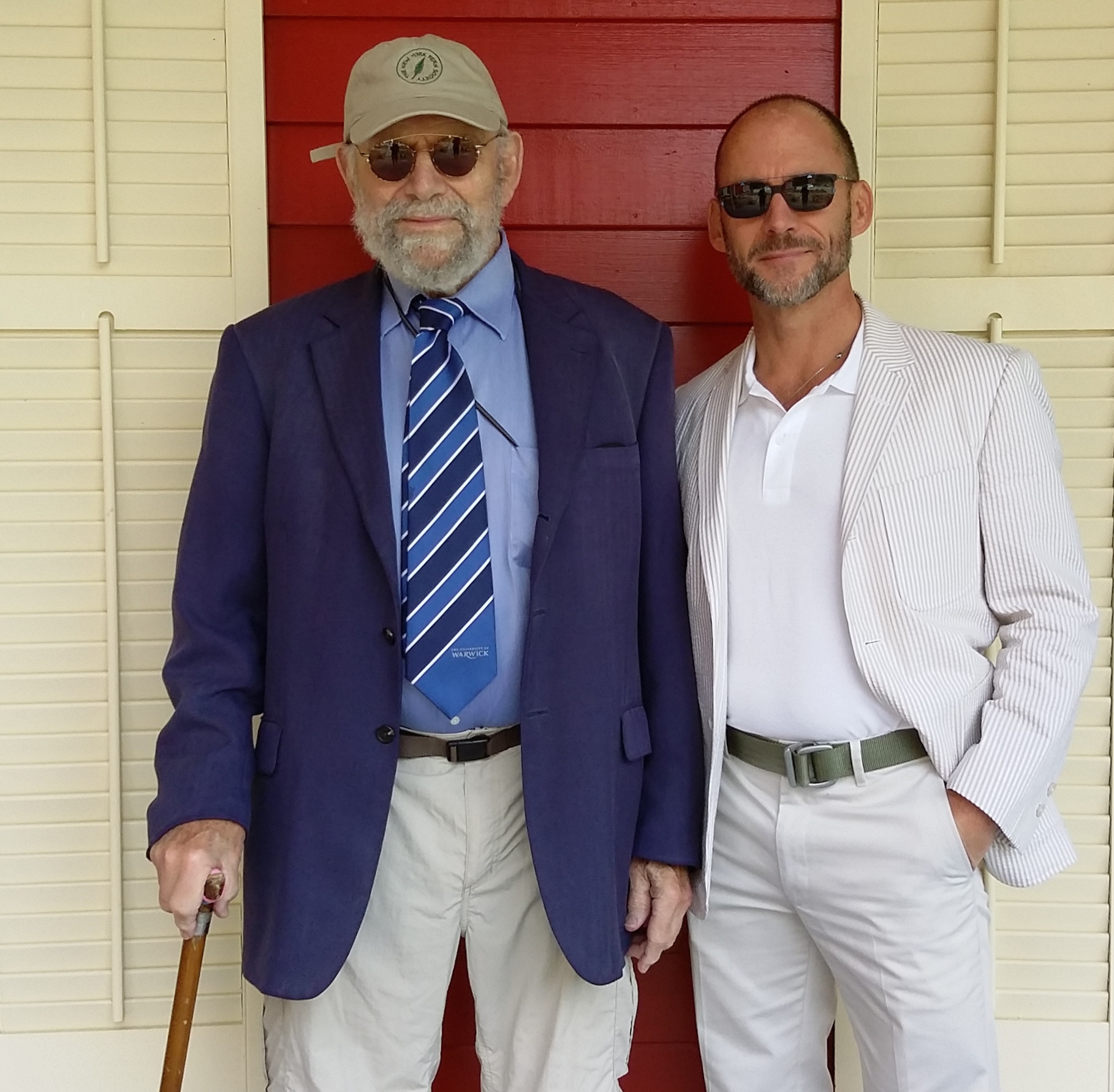 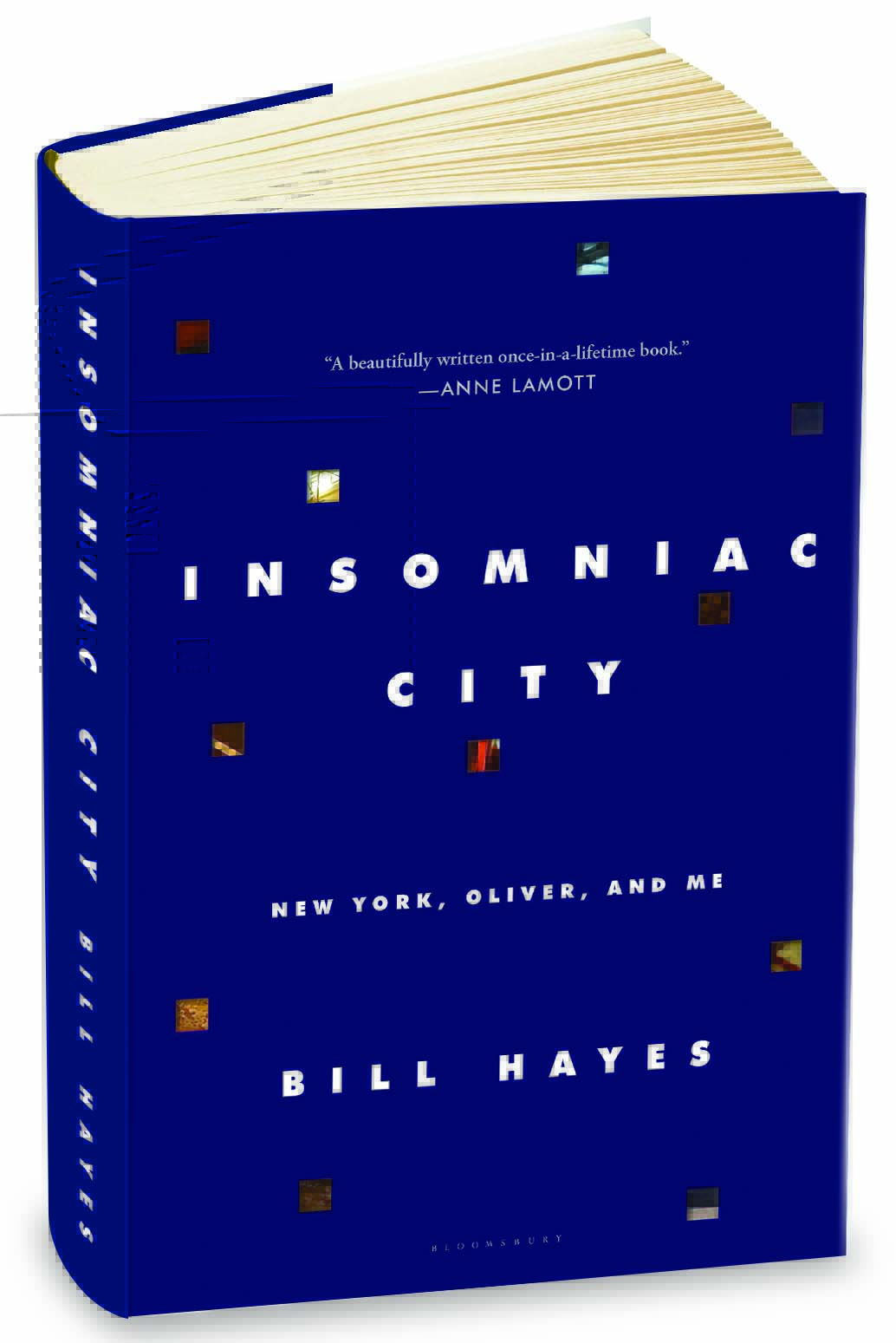 “A beautifully written once-in-a-lifetime book, about love, about life, soul, and the wonderful loving genius Oliver Sacks, and New York, and laughter and all of creation.”
–Anne Lamott, author of  Operating Instructions and  Bird by Bird

“A heartbreakingly gorgeous story of love and loss.”
–Azar Nafisi, author of  Reading Lolita in Tehran

“An intimate and sharply drawn portrait of one of the giants of science. This is a rare book.”
–Jad Abumrad, co-host of  RadioLab

This is a book to cherish and reread, as well as a beautiful gift for someone you love on Valentine’s Day.

Looking for the perfect gift, or just some enlightenment? As 2016 draws to a close, we’d like to share with you some of our favorite books of the year.

Mentored by a Madman: The William Burroughs Experiment by Andrew Lees. The memoir of a world-renowned neurologist who has done groundbreaking work with Parkinson’s patients as well as discovered for himself the hallucinogenic powers of ayahuasca and other drugs. No, we’re talking not about Oliver Sacks but about his good friend and colleague Andrew Lees. You will be caught up in this tale of medical detective work, written with verve and erudition, and gorgeously published by Notting Hill Editions.

Waking the Spirit by Andrew Schulman. A world-class musician discovers the hard way the profound power of music in life and death situations. Schulman’s story is compelling and inspiring, a gripping journey that reveals fundamental truths about music and the brain.

The Invention of Nature by Andrea Wulf. Alexander von Humboldt was one of Dr. Sacks’s greatest heroes. He would have adored Wulf’s acclaimed biography of Humboldt, an intrepid adventurer and visionary polymath whose understanding of the natural world inspired Darwin and others, and is equally relevant today.

Have you explored all fourteen of Dr. Sacks’s own books?

Did we forget any of your favorite reads? Send us your suggestions!

PS: Find out how you can support the work of the Oliver Sacks Foundation with a year-end tax-deductible contribution.